The Fifteenth National Cipher Challenge prize giving party at Bletchley Park (with cake and everything!)

Well, that was amazing! Huge thanks to everyone who joined us to celebrate our fifteenth birthday yesterday. We were treated to amazing talks by Simon Singh and Nils Andersson, a fantastic workshop on phishing and white hat hacking by our good friends at Netcraft, and even the weather played nice, with blue skies and sunshine to show off Bletchley Park at its very best. The soundscape there is amazing. There is something special about standing on the lawns that hosted Turing and his friends and hearing the lazy drone of a Spitfire in the skies overhead, or Turing’s bicycle bell ringing as his ghost cycles past.

We were joined by over 300 competitors, parents and teachers to congratulate the medallists and winners of this year’s competition, and together we learned about the history of Fermat’s last theorem, why Homer Simpson was almost right (but Fermat wasn’t wrong) when Homer said that 3987^12 +4365^12=4472^12, and the amazing story of last year’s discovery of gravitational waves. It was a real festival of mathematics and its applications and an honour to share it with the next generation of brilliant mathematicians. As our friend from GCHQ said, many of the people, who cracked the Engima cipher at Bletchley were not much older than our audience yesterday, and the evidence is that if we needed to do it again there are plenty of young code breakers out there ready to get started.

Of course modern challenges we face now are different in style and scale, but then so are the tools at our disposal, and the one thing that hasn’t changed is the energy, enthusiasm and ability on display. As the UK gears up to become an international centre of excellence in Cyber Security the National Cipher Challenge is doing its bit to find and nurture our raw talent.

If you were able to be there, it was a real pleasure to meet you. (Yes I really was there, it wasn’t just my hat!) If you couldn’t join us this year, there is always next year and we are already discussing what that will look like. The new competition will be here in the autumn so keep an eye on the site and come back to register in September. We really look forward to seeing you then. 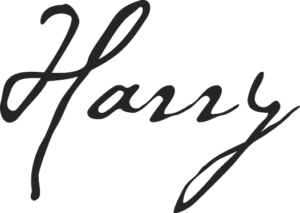 We are delighted to announce that once again the prize giving will be hosted by our great friends at Bletchley Park. In a slight break with tradition, the event, which is sponsored by the British Computer Society, will be on a Wednesday, the 15th March.

Our special guests this year are authors Jo Welch, Nils Andersson and Simon Singh, all of whom will be available for a book signing, and Simon, who has been with the competition since its birth,  will be giving a keynote talk. It promises to be a fantastic celebration.

The main event will start at 1pm in Telegraph Hall at Bletchley Park and there will be an opportunity to take a tour of this historic venue at the end of the afternoon. The programme will finish at 5pm. We are expecting a lot of demand for tickets, so apply quickly to maximise your chance of joining the celebrations at

For tickets apply online at EventBrite

If you are a medallist (Gold, Silver or Bronze) then we particularly encourage you to attend to collect your award. We have a special extended programme for you, and we will be in touch to let you know the details, so please don’t use the link above, we will be reserving tickets for you and will send you the details of how to apply.

Well, after 13 weeks and 8 rounds of competition we are able to announce the winners and the final standings in this, the Fifteenth National Cipher Challenge. Congratulations to everyone who took part. Whether you cracked a Caesar Shift cipher for the first time ever, or wrote your own simulated annealing algorithm to crack a Hill Cipher we hope you learned something (about ciphers, and yourselves) from taking part.

You are now a member of the elite band of National Cipher Challenge alumni and I hope that many of you will take part again next year.

The competition was fiercer than ever, and we had a number of stellar performances at the top end of the table. So many that we just didn’t feel it would be right to recognise only those who won the top four prizes, so for the first time we will be awarding medals to all those who teams and individuals who reached the top 10 standings in the overall (Challenge B) competition. 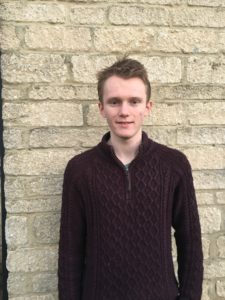 The Gold Medal and GCHQ Prize for best individual code breaker, including the award of £1,000: Alex Barter of the Cotswold School.

“I love Cryptography! I entered the competition for 4 years, coming in about 200th position with friend for first two years, then last year came second in the team competition as the “GrizzlyArmadillos”. I have been writing programs for ciphers for 4 years – I probably have spent more time on cryptography than on school work, shhh don’t tell my teachers. Did Maths, Further Maths, Physics and Chemistry at AS and got 4 A’s. Applied for Maths at Warwick, Bath, Bristol, Oxford and of course Southampton University! I like programming and optimizing code for breaking ciphers, it’s great when I rewrite or tweak a program that runs in 10 seconds to one that runs in 1 second. I like playing Tennis and Badminton. And I am also setting up a website (alexbarter.com) on breaking ciphers and other things.”

The Gold Medal and University of Southampton Mathematical Sciences Prize for best team entry, including the award of £1,000: Liam Zhou and Benjamin Dayan from Team Pebbles at Westminster School.

“We are both in our last year at Westminster School, and we are also both applying for Maths at university. We have been doing the cipher challenge for around four years now, and every year we have had a lot of fun doing the challenges together.” 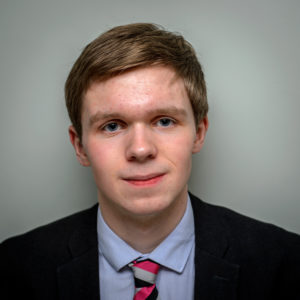 The Silver Medal and Trinity College Cambridge Prize for runner up individual code breaker, including the award of £800: James Hogge from Abingdon School.

“I have participated in the cipher challenge for the past 3 years in the codebreaking club at school. I owe quite a lot to it because it has been something that has encouraged me to learn more about computing which is what I hope to go on to study at a degree level. However, I first got into it through the Raspberry Pi writing Python programs but I find it so interesting that now I’m sure it takes up most of my spare time. Outside of computing, I enjoy target shooting and rowing in my spare time at school. As for lesson time, it’s maths and the sciences that I enjoy the most.” 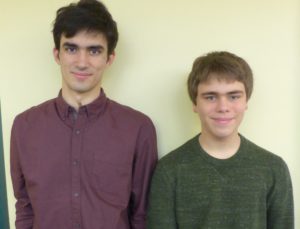 The Silver Medal and IBM Prize for runner up team entry, including the award of £800: Team Amgine, Elliot Gathercole and Thomas Jackson from Cedars Upper School.

“We have taken part in the Cipher Challenge since 2013, when we were in year 9.  We were introduced to the competition by an enthusiastic maths teacher (thank you Mr Edwards), and were instantly hooked. The challenge gave us a strong incentive to learn to program, and we add new programs to our collection of cipher breakers each year. We are now both in year 12, and are both doing A levels in Chemistry, Further Maths, Maths and Physics. In our increasingly limited spare time, Elliot does Karate and I (Thomas) belong to a rowing club.On top of everything else, both of us are doing maths based Extended Project Qualifications this year. Mine is based on Noughts and Crosses, in four dimensions, whereas Elliot’s (influenced by the Cipher Challenge) is on quantum cryptography.”

We would also like to make an Honourable Mention for team Pythag’R’Us from Stockport Grammar School who missed out on a top 10 ranking despite an extremely fast submission for Challenge 8B (and also for a very cool name). We have a feeling we will be seeing more of you!

If you want to find out more about how the winners cracked challenge 8B then head over to the media section. They have kindly agreed to write a few notes on how they did it, and you can also find out a little more about the winners.

Thanks again to all of you, we hope to see you again. In particular there will be a prize giving ceremony later in the Spring and we hope to see some of you then. Please keep an eye on the site for more details. 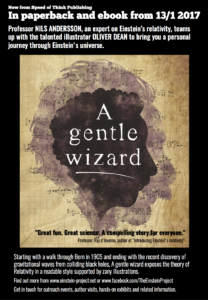 Finally, given that the theme of the Challenge this year was Gravitational Waves it seems appropriate to mention a brand new book about Einstein written by my colleague and friend, Prof. Nils Andersson. Beautifully illustrated it takes a whimsical look at Einstein and his beautiful theory and will be published today. We have some signed copies to give to our prize winners and some more will be available at the prize  giving. To whet your appetite head over to his website www.facebook.com/TheEinsteinProject.

Curious about how the winning teams tackled our devious cipher in Challenge 8B? They have kindly lifted the lid on the process. Take a look here. How the winners cracked CC2016 8B